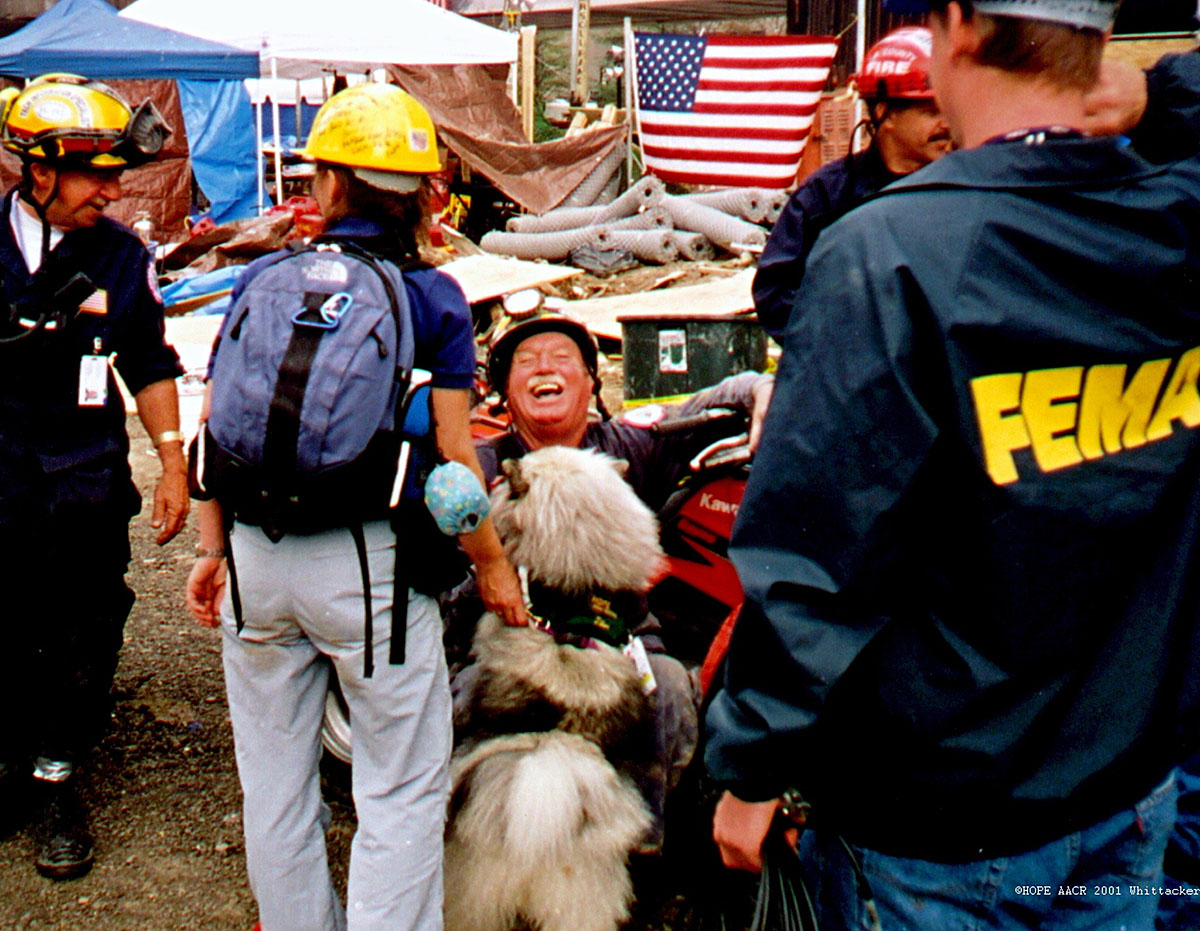 AKC Family Dog magazine featured the working dogs of 9/11 in an article this month, to include HOPE dogs.

Soothing Souls
The notion that dogs have the power to ease human emotional suffering is not new. Anyone who’s cried in the presence of a canine companion knows that. Smoky, a 4-pound Yorkshire Terrier, is credited with being the first therapy dog, cheering wounded soldiers in hospitals on the islands around New Guinea during World War II.

Dog trainer Cindy Ehlers first recognized the power of therapy dogs after the May 21, 1998, Thurston High School shooting, in Springfield, Oregon. She accompanied one of the first therapy dogs to work with the Red Cross in a disaster and one of the first to be certified for crisis-response.  After that experience, Ehlers got a puppy, Tikva, a Keeshond, and trained her for crisis-response work. She also started an organization that is today the HOPE Animal-Assisted Crisis Response, in Eugene, Oregon.

On 9/11, Ehlers and Tikva traveled to New York. Dealing with such enormous waves of grief, fear, and confusion goes
way beyond what is required of a therapy dog who visits hospitals and nursing homes. Ehlers says she saw some become too stressed to work.