NASHVILLE, TN (WSMV) –
As the Orlando community tries to heal after the massacre nearly two weeks ago, some support is coming their way in an unexpected form from Tennessee.

Crisis response canines are specially trained dogs that have the skills to interact with strangers at the worst times of their lives. There’s a new volunteer team in Middle Tennessee ready to comfort in emergencies as severe as Orlando.

Kinsey and Alexis work with their handlers as part of a volunteer team with HOPE Animal-Assisted Crisis Response, and they are the first team in Middle Tennessee. 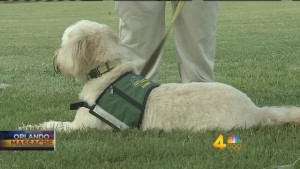